The only thing better than carving pumpkins is having a pumpkin carving contest! This year, I made a trophy that was not only unique, but simple, and budget friendly. 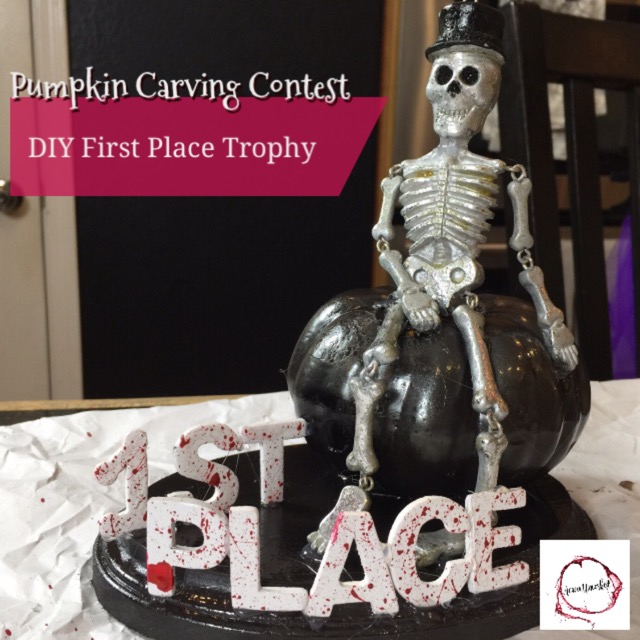 I purchased all of the supplies at Hobby Lobby. Here is what you will need:

This first step was to spray paint the wood plaque, the pumpkin, the wood letters, and the wood numbers.  I took them outside and placed them on a large piece of cardboard.  Since the wood numbers and letter are so light, I knew they would blow away when they were being spray painted.  So to combat this, I placed the back on them on a piece of tape which held them in place, and peeled off nicely. 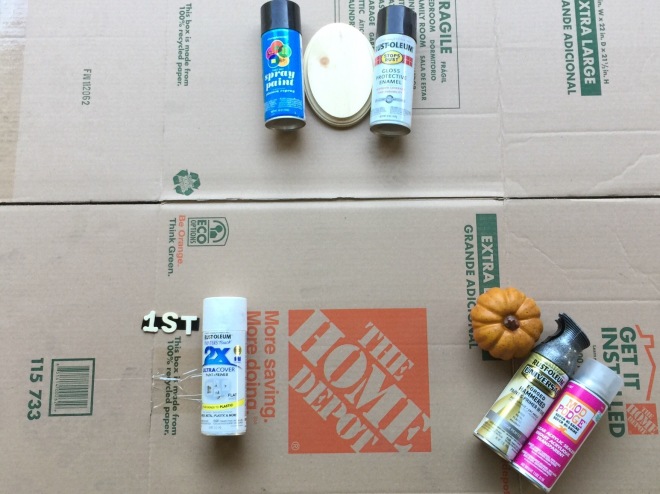 Once everything was painted and dry, I moved back inside to start assembling the trophy!

The skeleton’s head was not staying upright, so I stabbed a toothpick into the foam pumpkin, and hot glued the back of the head onto the end of the toothpick.  This gave the skeleton’s head enough support to stay upright. After that was taken care of, I began on the blood splattered letters and numbers.

These were simple.  To start I placed the letters and numbers on a paper plate.

I then dipped the paint brush directly into the jar of red paint, point the bristles at the plate, and flicked the paint directly onto it.  I repeated that step until I was satisfied with the amount of blood splatter. 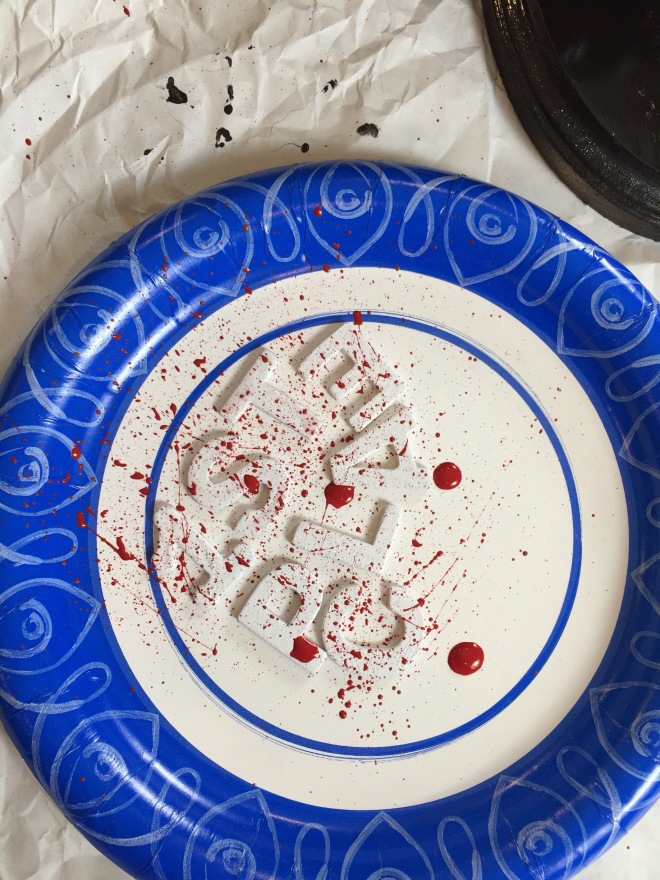 Once the blood was dry, I hot glued the letters directly onto the wood plaque.

Ironically,  Kory actually won the Pumpkin Carving Contest and the trophy ended up coming home with us.