I have an obsession with fall! I love everything pumpkin flavored or scented, and I am obsessed with scarves and boots. However, living in Phoenix it is easy to feel like you are missing out on this amazing season. The weather stays in the 80’s and there are not many leaves that change colors and decorate the neighborhood streets. Indoor decorations are a great way to celebrate fall, while living in the desert!

I assembled these candles and leaves without having an end project in mind and I am super happy with the result! I already had the large vase and the place mats, but all of the other supplies cost less than $25 and the whole project was completed in under half an hour, and simplicity is of an essence when working with a child. The best part in my opinion, is that 90% of this project was child-friendly. The only thing that Kashen could not help me with involved hot glue and scissors.

All of the supplies for this project I purchased at Wal-Mart and Hobby Lobby. 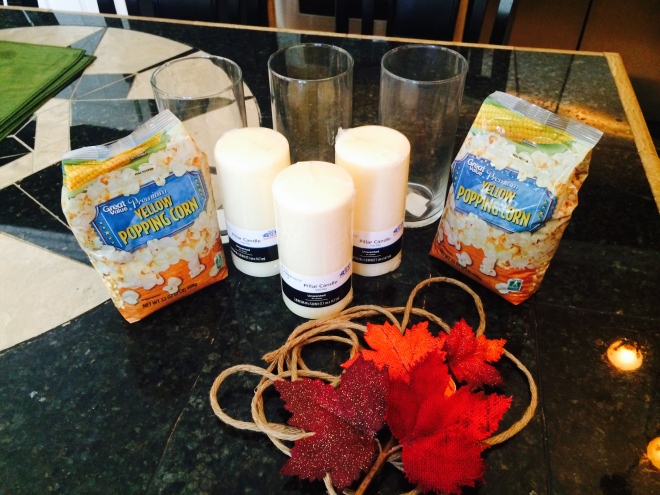 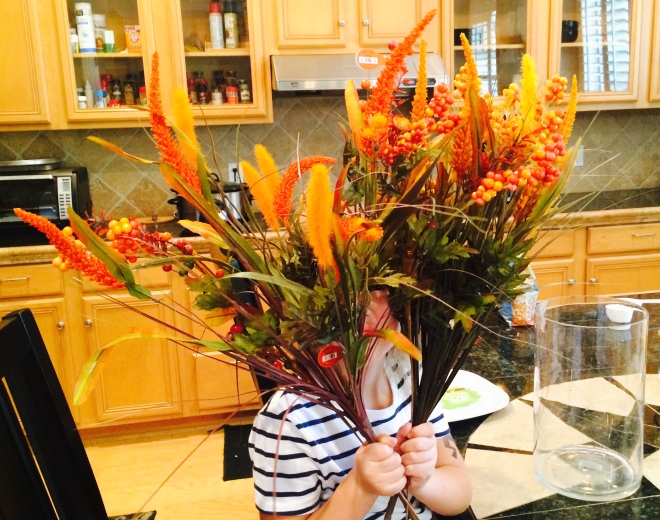 After plugging in the glue gun, I cut open the bags of popcorn and Kashen put about 1 cup of corn into each of the 3 smaller vases. 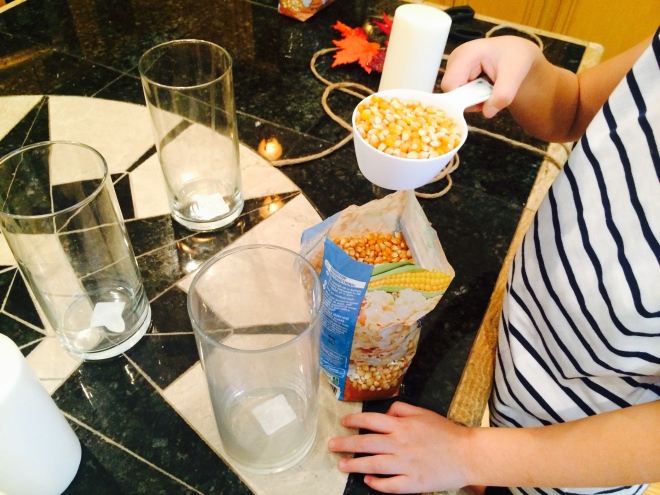 After the candles and the popcorn where in the vases, our next step was to make the decorative leaf sticks. For this, I bought a fall leaf assemblage at Hobby Lobby and cut the individual leaves off of the main stem. 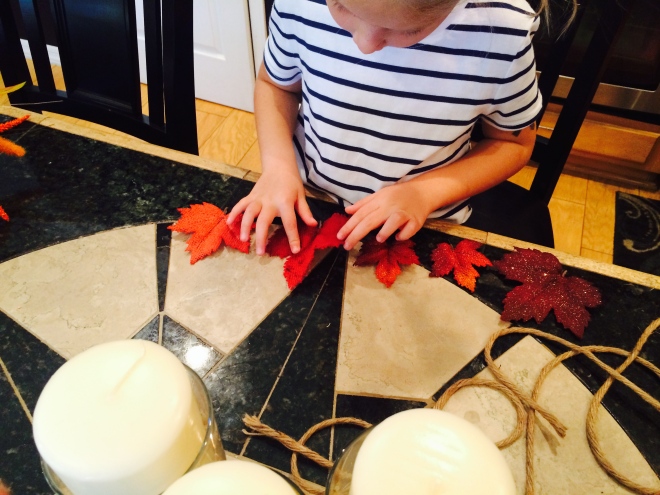 After the leaves were cut off of the main stem, I took a toothpick, wrapped it in twine, and secured both ends with a dab of hot glue. I then hot glued the leaf to one end of the stick and set it to the side and let it dry.

After the leaves were secured on the sticks, we went back to work on the vases. We cut the twine into foot long sections, placed a dab of hot glue on the back of the vase and then placed the twine in the glue dab, where it would dry securely. 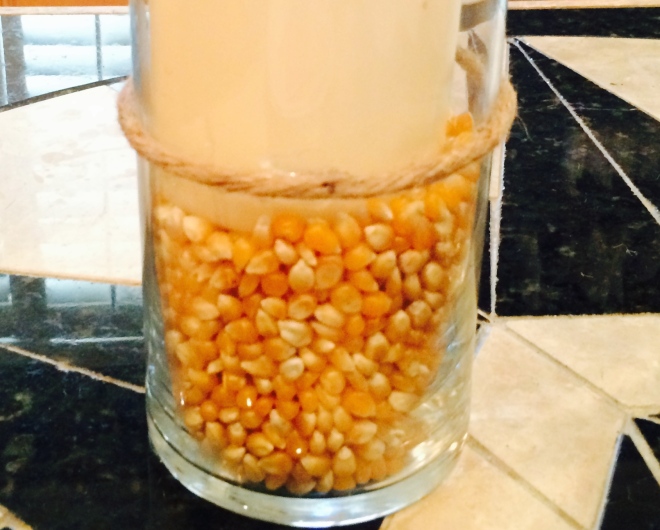 Once the hot glue was dry, we wrapped the twine around the vase and tied a few knots. We trimmed the ends of the twine and fluffed them out. Once the knot was complete and secure, we slid the leaf stick behind it, dabbed a little more hot glue, pushed the stem into the glue dab, and frayed the end of the twine by simply pulling it apart.

We repeated these stems for all three small vases, and they turned out really well!

Next, we moved onto the big vase. The first thing we did was wrap the remaining twine around the stems of the fall foliage and secured the loose end with a dab of hot glue. While that was drying we emptied the remaining bag of popcorn into the vase, and then placed the foliage in the center.

There was enough popcorn to support the foliage to hold it upright. Kashen fluffed the foliage to make it look a little more full and balanced, and then we placed it behind the three small vases.

We had a lot of fun making these fall candles and it definitely adds a fall feel to our kitchen!

To see a video of how these candles are made, click here.

Here is the final price breakdown: